Satomi Matoba was born in 1960 in Hiroshima. She gained her BA in painting in Japan and her MA at Chelsea College of Art and Design in London. She has exhibited in Japan, South Korea, Switzerland and Britain, where she contributed works to The Map Is not the Territory exhibitions at England & Co. Her work was subsequently included in (C)artography: Map-Making as an Artform at the Crawford Gallery, Cork (2007).

Matoba says that her work "reflects an experience of living between two worlds, Hiroshima and London, renegotiating my space between conflicting systems. I dissolve familiar maps in order to reconstruct the world suggesting an open-ended potential of shifting boundaries."

In 2016, the British Library acquired a copy of Matoba's Topographical Map of Utopia from England & Co, and it was included in the Library's major exhibition, Maps and the 20th Century: Drawing the Line (November 2016–March 2017). 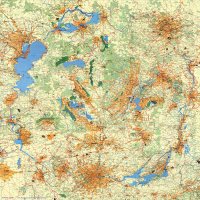 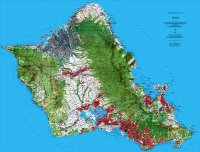 
The British Library acquired one of this edition from England & Co.