Painter and film-maker Philippe Mora was born in Paris in 1949, brought up in Australia and arrived in 'Swinging London' in 1967 where he was part of the radical Oz circle with Martin Sharp and Germaine Greer. Mora's London exhibitions attracted both critical acclaim and controversy, as did his award-winning films. After a brief return to Australia, he moved to Los Angeles in 1978 where he has lived and worked since. 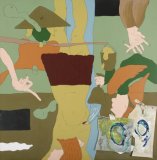 There's a Page Missing from Your Atlas... 1970
48 x 48 inches
Oil on board with collaged maps of Vietnam and Cambodia 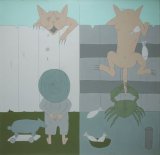 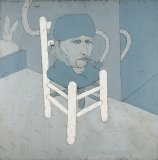 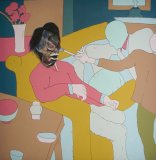 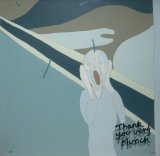 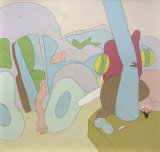 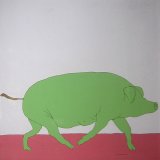