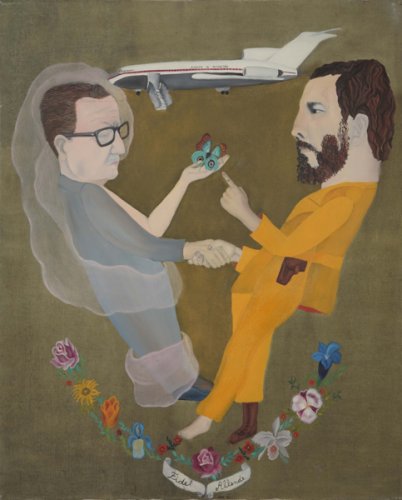 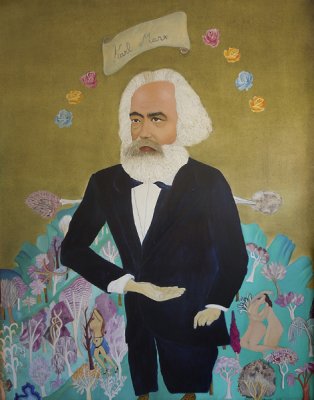 Cecilia Vicuña (born in 1948 in Santiago, Chile) is a poet, visual artist and filmmaker, who exhibits and performs widely in Europe, Latin America and the USA. In the early 1970s, she lived in London before moving to Bogota, Colombia, in 1975, where she stayed until moving to New York in 1980. Since then, she has moved between Chile and New York for over two decades.

Her multi-dimensional works begin as a poem, image, object, or line, that evolve into a film, a song, a sculpture or a collective performance. Vicuña’s  impermanent, participatory works are transformative acts that bridge the gap between art and life, the ancestral and the avant-garde.

This first solo exhibition in London since 1974 spans Vicuña’s career, including works that document her performances, interventions and actions over three decades. In many of her performances, films, and sculptural installations, Vicuña utilizes natural and traditional materials to symbolize political and social struggles in her home country and beyond: her ‘Precarios’ are an ongoing series of small installations begun in 1966, composed of feathers, stones, sticks, and other found materials; and her ‘Quipus’, using un-spun wool, are contemporary interpretations of the ancient quipus, or knotted cords used by the Incas for communication and to record their history.

The exhibition begins with a group of Vicuña’s paintings from the early 1970s that narrate her own history, interwoven with that of Chile and Salvator Allende. These use a painting technique Vicuña learned in the late 1960s from the Surrealist artist Leonora Carrington; and were initially inspired by the naive and subtly subversive images made by 16th Century indigenous artists in Latin America after the Spanish conquest when they were forced to paint angels and saints for the Catholic Church. In Vicuña’s paintings, religious icons are replaced by personal, political and literary figures, and some were previously exhibited in her 1973 exhibition (Pain Things & Explanations) at London’s ICA (Institute of Contemporary Arts).

Vicuña had arrived in London in 1972 on a British Council Scholarship to study art at the Slade School of Fine Art. Her time in London (1972-75) is represented by paintings, collages, and in particular a group of fragile objects (Precarios) from her 1974 installation, A Journal of Objects for the Chilean Resistance – a work that bore witness to what was happening in Chile. The following year Vicuña was the co-founder (with John Dugger, David Medalla and Guy Brett) of Artists for Democracy, an artists’ organization formed in London in solidarity with Chile.

Vicuña’s visual work has been exhibited at the Museo Nacional de Bellas Artes de Santiago; The Institute of Contemporary Arts (ICA) and The Whitechapel Art Gallery in London; and at The Whitney Museum of American Art and MoMA (Museum of Modern Art), in New York.

Cecilia Vicuña is also taking part in the exhibition opening in June at the David Roberts Art Foundation, London: Curators’ Series #6. Friends of London. Artists from Latin America in London from 196X – 197X.