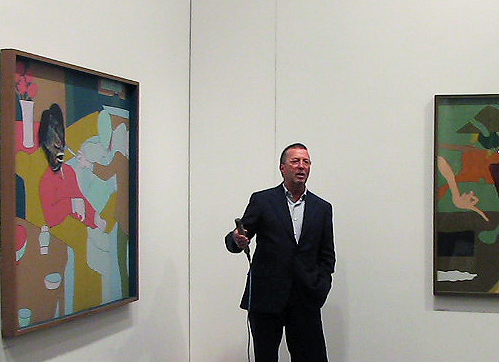 The Gallery’s new exhibition, Philippe Mora: Then and Now – Works from 1960s London to Los Angeles Today, was opened by the artist’s old friend Eric Clapton.

Clapton reminisced about their sharing a flat in the 1960s at The Pheasantry, a bohemian mansion in the King’s Road, Chelsea, saying that the movie Trouble in Molopolis, which starred many protagonists of the period, including Germaine Greer, was “the document of our time”.