Samira Abbassy is one of the artists currently featured in the Persian Arts Festival in New York. Four of her new works can be seen in Weaving the Common Thread at the Queens Museum of Art. Subtitled Perspectives from Iranian Artists, the exhibition explores the influence of the post-revolutionary Iranian diaspora on contemporary Persian art.

Stuart Brisley‘s new exhibition Crossings at the John Hansard Gallery in Southampton offers a compelling account of two tragedies: the sinking of two famous 20th-century ships, the RMS Titanic and the MV Estonia. In the sound installation Touching Black Ice, Brisley explores the legacy of the Titanic which sank on its maiden voyage after leaving Southampton in 1912. His new film Estonia retraces the story of the sinking of the ferry in the Baltic in 1994 and “combines the dread of the event with the strangeness of revisiting a site of disaster”.

… in Cardiff where Stuart Brisley, Ian Hinchliffe, Alastair MacLennan and Tatsumi Orimoto are featured in Flashes from the Archives of Oblivion at the Chapter gallery. The exhibition brings together photographs, videos, drawings and ephemera documenting seminal performances of the 1970s, along with recent works. 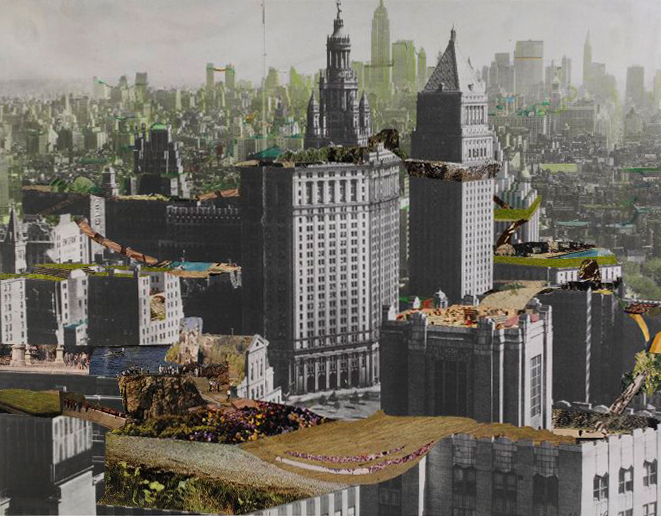 Hanging/Floating Gardens of Rock City i, the collage acquired by the British Museum from Liliane Lijn’s 2006 exhibition at England & Co, is now on public display. It is included in Recent Acquisitions Part ii, devoted to 20th and 21st-century works on paper, in the Prints and Drawings Gallery, Room 90, the British Museum, London WC2, until 9 March 2008.

Four Map the Imagination at the V&A

Works by four artists acquired through England & Co are currently on view at the Victoria & Albert Museum, London, as part of the display Mapping the Imagination. Druksland—Physical and Social 15 January 1974, 11.30am by Michael Druks, Britain: March 2003 (Britain on Iraq) by Georgia Russell, and Which Direction (You Are Here ii) by Vito Drago are in the Julie and Robert Breckman Prints Gallery; London Lightbox by Jason Wallis-Johnson can be seen in the Prints, Drawings and Architecture Education Room.

Works by Maliheh Afnan are featured in the exhibition The Dance of Pen and Ink – Contemporary Art of the Middle East at the State Museum of Oriental Art at the State Hermitage Museum in St Petersburg.

On the map in Ireland

Works by several England & Co artists – including Chris Kenny and Satomi Matoba – are included in (C)artography: Map-making as Artform at the Crawford Gallery, Cork. The exhibition takes the the work of early map-makers as its starting point for a survey of contemporary artists who use mapping methodologies, often for very different reasons. The exhibition is accompanied by an illustrated catalogue featuring Map Circle (16 Typhoons) by Chris Kenny on the cover. Until 10 Nov 2007.

Modern British at the RCA

During this time the Gallery will be open as usual with the current exhibition, Klaus Friedeberger: Works 1940-1970.

‘My life as a naked artist’: Grayson Perry on being a Neo Naturist

Grayson Perry writing in The Times  today recalls his experiences with the Neo Naturists, currently celebrated in their exhibition at England & Co, The Neo Naturists.