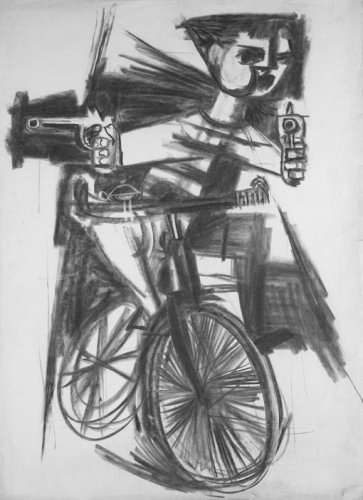 Klaus Friedeberger arrived in Britain in 1939 as a refugee from Berlin. He was soon sent as an internee aboard the Dunera to Australia, where he spent his formative years as an artist before returning to Europe, where he lived and worked in London for the rest of his life. His first one-man exhibition was at Annely Juda’s Hamilton Galleries in 1963. A solo exhibition at England & Co in 2007 focused primarily on his early works in Australia and London and led to acquisitions of several works by the Department of Prints and Drawings at the British Museum.