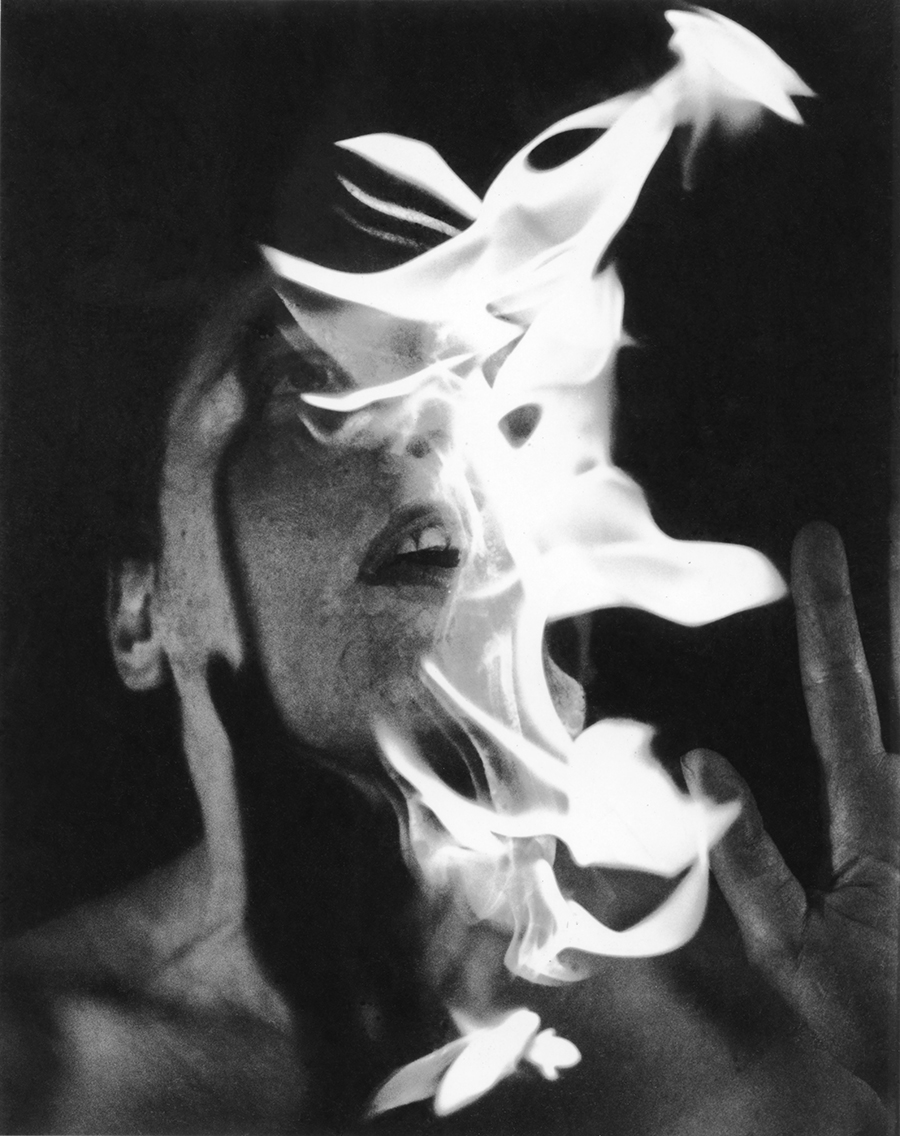 ANNE BEAN: HOW THINGS USED TO BE NOW

Anne Bean is a legendary and very active exponent of live art and performance in the UK, who since 1970 has presented numerous solo and collaborative projects throughout Europe, USA, Africa, Mexico, Japan and even Iraq. Based in London, this many-faceted artist has resisted a conventional art world career and from the beginning has followed her own personal trajectory of enquiry: ‘What is Art and What am I Doing in It?’

Described as ‘a prolific maker of acts, objects, and multiple selves’, Bean’s wide-ranging practice encompasses slide projections, drawing, painting, sculpture, installation, text, photography, video and sound. Her materials have ranged from paint and clay, to film and the use of fire and pyrotechnics, wind and steam. She has utilised natural processes such as decay as acts of transformation and used fireworks on thermal paper to produce ephemeral drawings. Bean’s works and acts come together in a ‘continuum’, what she describes as ‘life-art’: her life and art are a constant work-in-progress, veering from acts of physical immediacy to artworks and installations that evolve over time.

This exhibition includes iconic photographs and works resulting from Bean’s early performances in the 1970s. They emerge from her fearless dialogues with the elements, fire and water; from risk-taking, often perilous performances that tested her endurance and fearlessness as evidenced in Shouting ‘Mortality’ as I Drown (1973/performed for camera 1977). Many of these images were produced in a collaborative process far beyond mere documentation, and Bean often later re-engaged with the images, attacking the printed photographs with flame or corrosives or cutting up, collaging and inscribing them.

One series of work, investigations of concepts of ‘erasure’, spans decades, and is first evidenced in the early 1970s in a partially paint-obliterated photograph, Painting Myself Out, where Bean is depicted in the process of ‘whiting’ herself out of the image. More recent is an installation of self-portraits that she later erased with white paint in a performance titled Unpaintings in 2016, leaving only a few randomly selected surviving portraits as reminders of this loss of ‘self’. A film of this event is one of several of Bean’s films on view during this exhibition.

Born in Northern Rhodesia (now Zambia) in 1950, Anne Bean moved to England in 1969 after studying Fine Art in Cape Town, and at Reading University, where she graduated in 1973. While at Reading, she founded Moody and the Menstruators – self-described as a ‘musical and performance art group which linked the worlds of fine art, pop and rock music, subcultural fashion and avant-gardist tactics’ – taking on the gender shifting, wild personae of ‘Anne Archy’. It was the start of Bean’s collaborative engagements with other artists and participants in her activities. The roll-call of her collaborators included the pyrotechnic sculptor, Stephen Cripps (1952-1982) and the anarchic Kipper Kids. With the percussionist and performance artist, Paul Burwell (1949-2007) and sculptor Richard Wilson, Bean formed the Bow Gamelan Ensemble. During its existence (1983-1991), they produced extraordinary site-specific art installation events, often on the Thames, involving explosions and fireworks while they performed using instruments improvised from industrial objects.

Other friendships with artists are illuminated in Bean’s moving film Night Chant (2015), which explores what she describes as ‘the shared communication that performance practice offered, particularly to women artists in the 1970s’. In a brief period before the making of this work, five of her artist contemporaries died in quick succession: Monica Ross, Rose Finn-Kelcey, Alexis Hunter, Sue Arrowsmith and Rita Harris; and this film is a response to that loss.

Guy Brett wrote in 2006 that ‘reading Anne Bean’s CV is like following a continuous performance, a continuous response to the world …a “magification” of the world. The panoply of places she has worked, times of the day or night, interiors, exteriors, seasons, publics, materials, concepts, tools, is astonishing: all shifting but all attuned to unique situations.’ In 2008, Bean was awarded the Legacy: Thinker in Residence award by Tate Research and the Live Art Development Agency. Last year, the book, Anne Bean: Self Etc, an extensive and substantial survey of her practice, was published in a collaboration between Intellect Books and the Live Art Development Agency.