A monograph about the artist, Monica Ross: Ethical Actions, A Critical Fine Art Practice is published by Sternberg Press. 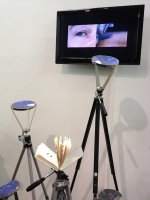 Iris: Document 2 Layout for a video installation in a nominal space 1996-98 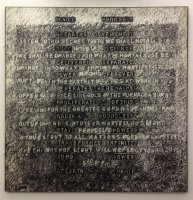 Photograph on board, combining texts from William Blake and the Bible.

A Portrait of the Artist as a Housewife 1977