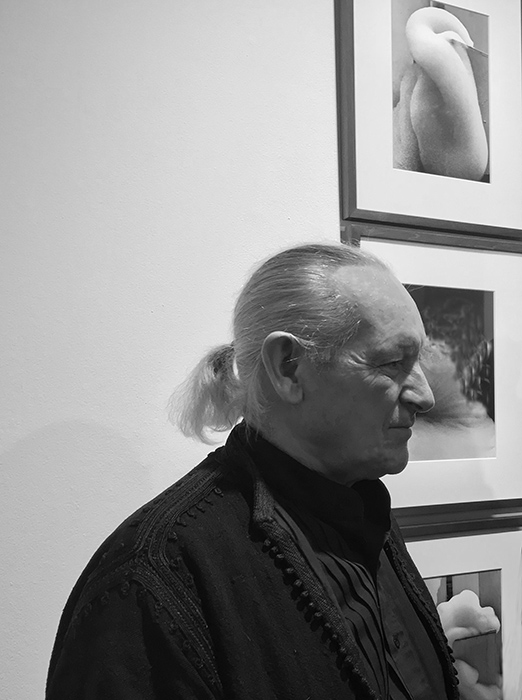 In the summer of 1964, Perry became house photographer for SIGNALS Gallery, producing iconic images for the SIGNALS Newsbulletin, the publication that provided a forum for artists, writers and poets involved in experimental art and was ‘dedicated to the adventure of the modern spirit’.

Clay Perry studied photography at Guilford School of Art, and began his involvement with SIGNALS in the summer of 1964. This was when SIGNALS began operating in Paul Keeler’s flat in Cornwall Gardens, South Kensington, under its initial title, The Centre for Advanced Creative Study. The first exhibition Perry visited and documented in Keeler’s first-floor flat included works by the Latin American artists Soto, Camargo and Cruz Diez; by Greek sculptor, Takis; and by Italian artist, Marcello Salvadori. Keeler wanted Perry to photograph these works for the first newsbulletin of this organization (soon to be renamed SIGNALS) that he was planning with his co-founders: the Filipino artist David Medalla, art critic Guy Brett, and artists Marcello Salvadori and Gustav Metzger.

In the midst of this activity at the flat in Cornwall Gardens, David Medalla was developing his series of Bubble Machines (Auto Creative Sculptures). Medalla and Keeler wanted these bubbles to be documented in different conditions and so Perry became a regular visitor to Cornwall Gardens. He recalls: “We photographed the machines over a period of several weeks and built up a portfolio of photographs that appeared in the second edition of SIGNALS magazine.” After two pilot exhibitions in the flat in Cornwall Gardens, Signals moved to Wigmore Street, becoming ‘a major showroom of the international avant-garde’.

In 1966, Keeler commissioned Perry to attend the Venice Biennale to film the works of Camargo, Soto and Julio le Parc. Soon afterwards, SIGNALS came to what Perry remembers as “an abrupt end”. Looking back, Perry feels that SIGNALS was “very much part of the optimism of the time and something I am pleased to have been part of”. Perry went on to take photographs for Indica Gallery who exhibited Takis in 1966, and to photograph Yoko Ono at her Lisson Gallery exhibition in 1967. He later became an established editorial photographer, working extensively for the Sunday Times Magazine, producing books with Thames & Hudson, and his work is represented in the National Portrait Gallery, London. His photographs from the 1960s have been exhibited in London and São Paulo and reproduced in numerous international publications.