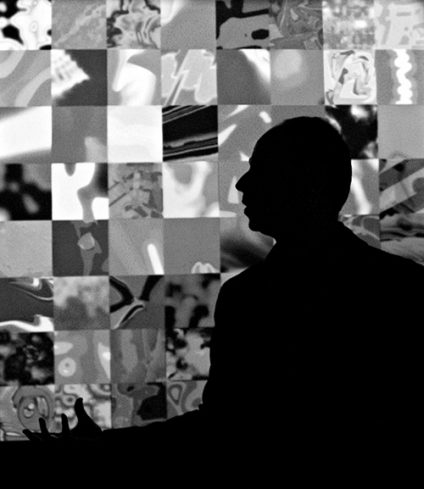 Eduardo Kac (born 1962, Rio de Janeiro, Brazil) moved to the USA in 1989 to study Fine Art at the Art Institute of Chicago. A multidisciplinary artist, his work using new technologies investigates the philosophical and political dimensions of communication processes. He has represented both Brazil and the USA in international exhibitions, but does not want to be bound by any particular nationality or geography.

Kac was interested in experimental poetry, and in 1983, began to work with holograms, exploring holography as an interactive art form. His holopoetry explored the relationship between experimental poetry and new media and he began creating animated poetic works on the French Minitel platform. He made his first experiments online in 1985, and became a pioneer of telecommunications art in the pre-web 1980s.

In the early 1990s, Kac attracted international attention with radical works that combined telerobotics and living organisms. His transgenic artwork, Alba (2000), a genetically modified rabbit that used the GFP gene that fluoresces green when exposed to blue light, achieved international notoriety. Kac came up with the phrase bioart and with other neologisms to describe his transdisciplinary art practice, including holoart, transgenic art (the integration of human genes in an artwork) and plantimal, referring to a plant infused with human genes. His current practice brings together the digital and the biological, as he examines linguistic systems, dialogic exchanges, and interspecies communication.