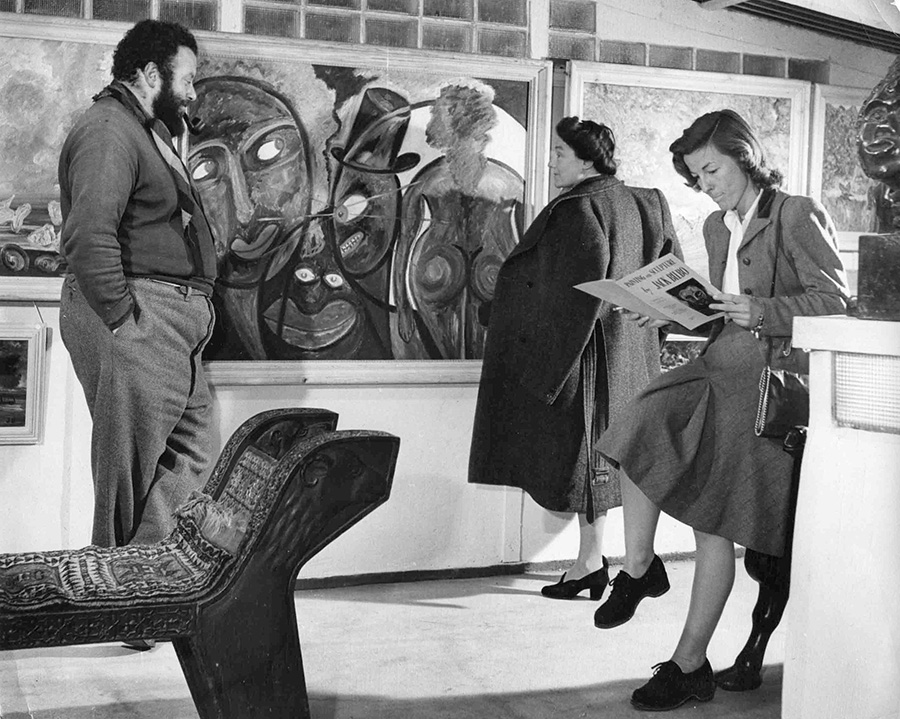 Jack Bilbo is represented – as both an artist and gallery director – in the exhibition Brave New Visions at Sotheby’s London that pays tribute to the émigré art dealers who transformed the London gallery scene after arriving in the UK. England & Co have loaned Bilbo’s Black Madonna and material about the gallery Bilbo opened during the war years in London.