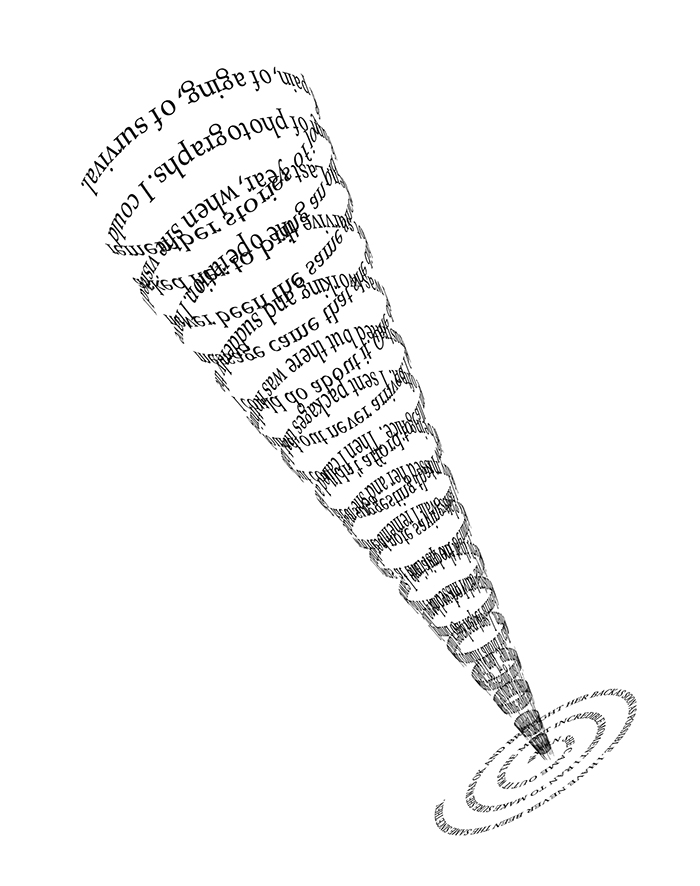 Early visual poetry by Eduardo Kac is featured in Mechanical Echoes: The Typewriter and Artistic Practice at the Museum of Contemporary Art in São Paulo, Brazil. Curated by Cristina Freire, the exhibition highlights the use of the typewriter by international artists from the 19th and 20th centuries and it includes five of Kac’s works on paper alongside his digital poem Letter (1996). Acquired by the museum in 2014, Letter presents a spiralling cone made of words, visually evoking the creation or destruction of a star. The component texts are composed as fragments of letters written to a single individual, while deliberately conflating the subject positions of grandmother, mother, and daughter, referencing moments of death and birth in the poet’s family.