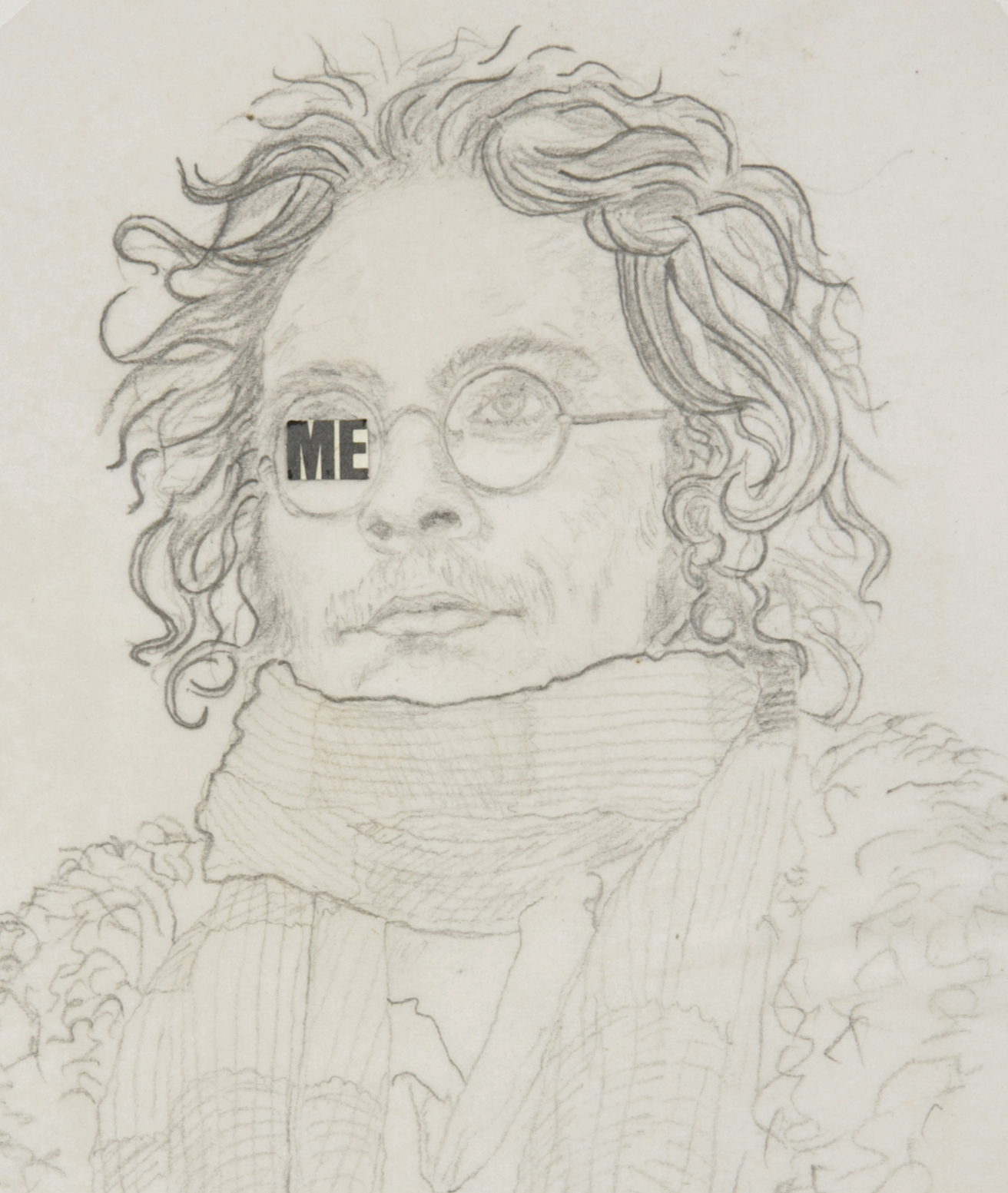 Self -portrait, c1965. Detail from notebook

John Dunbar (born Mexico City, 1943) is a British artist best known as co-founder of Indica, the avant-garde London gallery of the mid 1960s, and for his many friendships and connections within the art and music counter-culture. He has also consistently maintained an eclectic practice encompassing drawing and collage (particularly in notebook context); sculpture and assemblage; photography and film. This solo exhibition features Dunbar’s legendary notebooks of the past 50 years, displayed for the first time, alongside works and films produced over that same period.

The phrase “Remember When Today Was Tomorrow” has resonated with Dunbar since he first wrote it on the wall of his apartment in 1967, becoming the starting point for a psychedelic mural which accumulated additions from visitors, including Paul McCartney and John Lennon, and acting as a kind of  mantra: “We were the first post-war generation, and the biggest changes happened then. It was a very different time. Everything was on the move – it made you want to do new things, whether it was in art, film, music.” (John Dunbar quoted in Tate Magazine 2004).

In 1965, as a 22 year-old Cambridge graduate and already married to the singer Marianne Faithfull, Dunbar set up and curated Indica which immediately became a meeting point for artists, musicians, poets and filmmakers. He worked with experimental artists including Mark Boyle, Liliane Lijn, Takis and Yoko Ono – and famously introduced John Lennon to Ono at her Indica exhibition, an event Dunbar later described as “the first full-on conceptual art show to appear in London”.

After Indica folded in late 1967, Dunbar was exhibitions officer for the British Council from 1969-71, revitalizing their programme by promoting a new generation of artists such as Barry Flanagan, Colin Self, Bruce McLean and Clive Barker. He says that it was his “first and last job”: since then he has lived between London and Scotland, producing work in both locations, and “managing to avoid writing my autobiography”.

As an exponent of the counterculture, Dunbar participated in the seminar LSD and its Visual Impact at a symposium honouring LSD inventor Albert Hofmann in 2006.  A group of Dunbar’s early ‘acid’ drawings feature in the exhibition, some colourful and intricately psychedelic, others are ink notations of thoughts during “very acidy afternoons” in the late 1960s.

Throughout the Indica period, and in the years afterwards, Dunbar has maintained the practice of drawing or writing in his notebooks almost every day. In his studio, there are shelves with volumes lined up in date order – documents of a stream of consciousness recording the past 50 years. The intimate nature and scale of the notebooks has provided him with a series of portable, virtual studios over decades of a somewhat peripatetic life.

Opening these volumes reveals a British exponent of Dada: a kind of on-going Surrealist diary described by Dunbar as “visual samplings” or “scratchings”. He rarely works on a large scale and says that by nature he “is a miniaturist”: consequently the books are filled with numerous jewel-like drawings and watercolours, together with the doodles and jottings of a discreetly subversive mind. Influences are wide ranging and include the miniature paintings of Elizabethan artist Nicholas Hilliard, the early drawings of Lucian Freud and Colin Self, the collages of Kurt Schwitters, and the art and ideas of Marcel Duchamp, who wanted “to put art back in the service of the mind.”

The titles inscribed on the notebooks vary – from ‘J. Dunbar, Travelling Book’ to  ‘J. Dunbar, Measures of Illusion’. Collage is used extensively: photographs and cuttings juxtaposed with text and drawn images. Musings on philosophy, poems, songs, political observations, fragments of conversation, and bizarre events clipped from newspapers are interspersed with occasional portraits and/or contributions from friends. Automatic drawings and drug-induced visions and dreams merge into the psychedelic as Surrealist ideas are taken on into the ‘swinging sixties’ and beyond.

Edited highlights of Dunbar’s films, including of kinetic artworks at Indica, will be screened during the exhibition: he recalls that “I had a little 8mm camera and was making experimental films… John (Lennon) had seen me using it and asked me to recommend a camera to him… and we would go on little filming expeditions together.”

Dunbar’s studio wall in London is an installation formed by decades of accretion, with a myriad of objects and images placed in surreal and poetic arrangements. An atmospheric facsimile will cover a wall in the gallery, echoing his other studio in Scotland where he continues to work on another “endless” sculpture/construction.