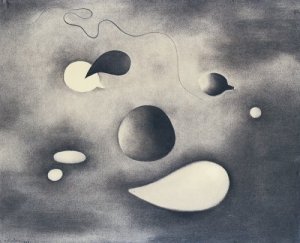 The exhibition private view (Wednesday 13 April, 6–8.30 pm) features a drawing performance event by Harald Smykla to mark the publication by England & Co of a monograph documenting his work.

“…when I looked at the earth I saw all the lines of cubism made at a time when not any painter had ever gone up in an airplane. I saw there on the earth the mingling lines of Picasso, coming and going, developing and destroying themselves, I saw the wandering lines of Masson…” Gertrude Stein, writing after making her first airplane flight in the 1930s