The works in this exhibition explore patterns of practice that reflect obsession and persistence—repetitive methods, recurrent and persistent thoughts, impulses and images, and obsessive making. All display compulsions, fixations and determination. Obsessions are recurring, persistent thoughts, ideas and feelings that completely occupy the mind; while persistence itself is the insistently repetitive, continuous and obstinate perseverance on a course of action.

Stuart Brisley’s sculpture, Louise Bourgeois’ Leg is a work which emerged from Legs and other manifestations, a project which took place from 1999 to 2004, with a central exposition at the Freud Museum, London in late 2002. Arguments concerning Louise Bourgeois’ Leg are to be found in Brisley’s publication Beyond Reason: Ordure —it is ‘a leg which has been formalized into an abstraction of itself.’ The ironing board on which the leg rests carries ‘an aura of all the labour and feeling that had been exhausted upon it… at the same time it would exhibit the functional characteristics of an ironing table, and be the carrier of the leg. They were both thrust into the same condition, a veritable ‘‘exquisite corpse’’.’ A recent drawing, Pig Wars, depicts in detail a performative action on a tabletop: a skull wrapped in fabric has been moved around on a surface, leaving traces of movement in the dust.

Jason Wallis-Johnson utilises relentless process and extreme patience. He makes mesmerising, fine drawings that use manual techniques to produce what seem to be mechanically-made abstract designs and devices on paper. He painstakingly draws extremely thin lines, one after the other, by hand, using the pressure of a pin through carbon-paper to make his marks, using self-imposed mathematical ‘rules’ to decide the frequency and distance between each applied line. His new three-dimensional silicone map works, like his light-box maps, reflect both this persistent use of process and his literal obsession with maps: microscopic cities are made with reference to maps and population statistics.

Chris Kenny also works with obsessive craft, making works that can be described as unnecessarily difficult—he says that he does something ‘because it is difficult’, doing ‘more than is necessary’. In Embrace Blasphemy, Kenny uses tiny fragile twigs to make a bombastic statement; and in 999 Children, he mounts a huge collection of minute faces from school photographs on pins of different lengths, an abstract tour de force of tenacity. The faces are tiny, yet important—images of forgotten people’s lives life imbued with the poignancy that comes from allying the negligible with the hugely significant. It is obsession without the madness.

Georgia Russell takes Georges Bataille’s book, Erotisme, and uses a scalpel to transform it by relentless dissection into an almost tribal, fetishistic object. The pages are obscured by a coating of black paint with only the cover surviving as a tracery web that contains the title and spine of the original book. The fetish she creates mirrors the obliterated content. Her Portraits are cut away with rhythmic, obsessive cutting to create ghostly vestigial likenesses.

Tina Keane’s film Couch explores a conversation conducted in New York and London between Dr Rachel Armstrong and internet users, creating an arena for art as psychoanalytic interplay. The film segues between virtual and real space as an experiment seeing how new technology would change perceptions of art. It is ‘Couch as in Warhol’, referencing Andy Warhol’s infamous film of 1964. Keane’s Neon Couch is a complementary work that exists in the physical space of the gallery—an ethereal light sculpture suspended in space.

The late William Green was Britain’s most notorious action painter of the late 1950s, celebrated in newspapers and films as he made paintings by hurling liquid bitumen across sheets of board before cycling across them, skidding over them in plimsolls and finally scorching their surfaces with fire. After a long period of retreat from both his notoriety and the art world, Green re-emerged in the early 1990s. The works on paper from 1993 in this exhibition were made with unorthodox materials including brake fluid, inks, and varnish—Green had taken off into the same anarchic area he had left years before, his obsession to ‘disturb the surface’ had never left him. 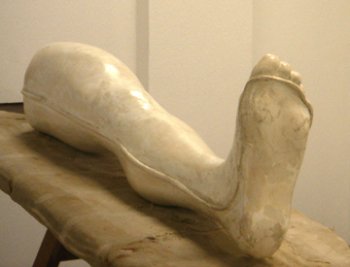 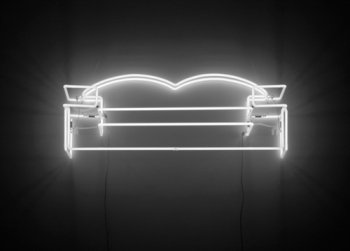 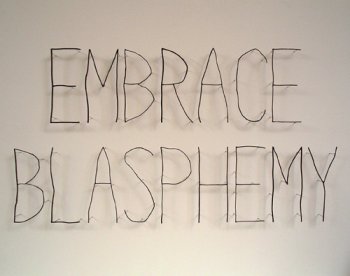 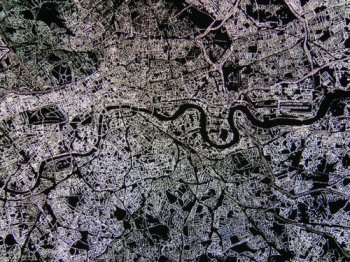 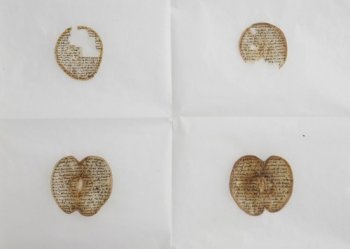 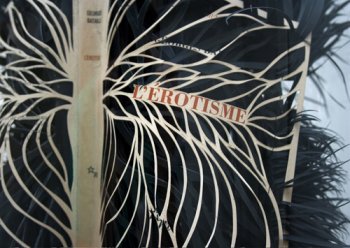 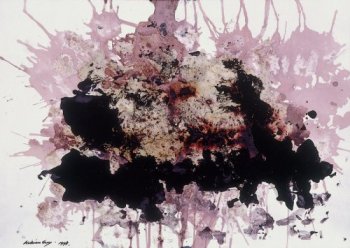