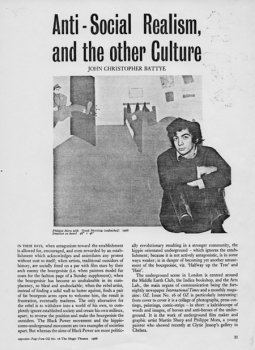 Then and Now: Philippe Mora

Australian artist and film-maker Philippe Mora, now based in LA, lived in London from 1967 until the mid-1970s. This exhibition encompassed his artistic career, from his early Pop paintings and drawings to recent works.

In the lower gallery were screenings of Mora’s films, including Trouble in Molopolis (1970) which stars Germaine Greer, alongside other Australians of the Oz era based in London at the time.