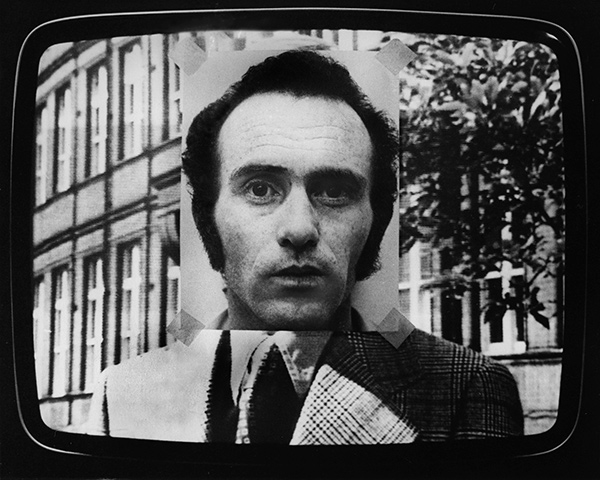 Michael Druks (1940-2022) was an Israeli-born British artist with a diverse practice ranging from his avant-garde conceptual works of the 1970s involving video, photography and performance, to his installation works, collages, drawings and paintings.

Born in Jerusalem in 1940, Druks grew up in Tel Aviv, where he became involved in theatre and art circles; by the late 1960s, Druks was acclaimed as a leading young Israeli artist. He moved to Europe around 1970 and soon settled permanently in England, where he became known for his conceptual work, and had significant solo exhibitions at the Museum of Modern Art, Oxford; the Whitechapel Gallery, London; De Appel, Amsterdam; and the ICA, London.

Druks exhibited internationally in museums and institutions over the past four decades. Michael Druks: Travels in Druksland, a major retrospective, was at the Museum of Art, Ein Harod (2007); and Druksland: An Audio-Visual Retrospective at Haifa Museum (2004). He was represented in Atlas Critique at the Parc Saint Leger Centre d’Art Contemporain, Paris (2012); and in Contemporary Cartographies: Drawing Thought, CaixaForum, Barcelona (2012), CaixaForum, Madrid (2013). In 2017, he participated in This Way Out of England: Gallery House in Retrospect, at Raven Row.

Druks’s conceptual map – the print Druksland: Physical and Social – has become an iconic image in both Israeli and international art, and an example of this print was acquired from England & Co by the Victoria and Albert Museum, London. Since the early 1980s, Druks concentrated primarily on painting.

Michael Druks took part in several group exhibitions at England & Co over the past decade, including The Map Is Not the Territory series (2002, 2003, 2009); Beneath the Radar in 1970s London (2010); and Wandering Lines: From Automatic Drawing to Abstraction (2012). Michael Druks, his 2013 solo exhibition with the gallery, featured early conceptual works and video, together with a group of recent paintings. Since 2016, England & Co have regularly exhibited his conceptual photographic works from the 1970s at Photo London at Somerset House. He also was represented by England & Co at Paris Photo in 2019 and 2021.

Works by Druks are held in several museum collections in Israel and Europe, including M KHA in Antwerp and the Israel Museum, Jerusalem. In 2018, the National Galleries of Scotland acquired from England & Co Druks’ fold-out bookwork with a sequence of original photographs: Medium, Medium (1972).