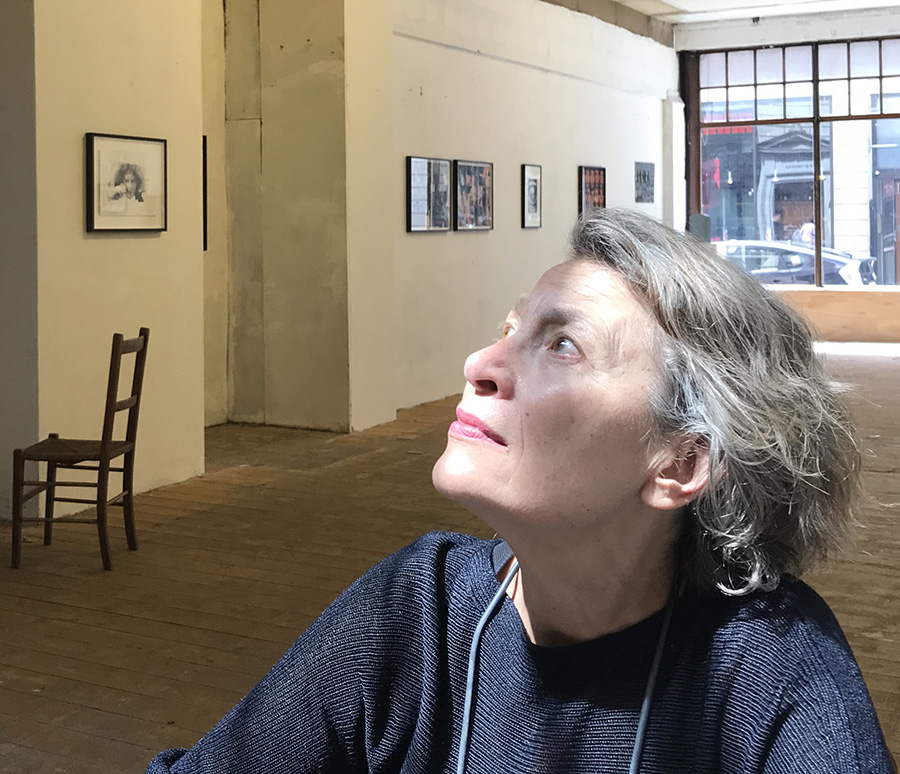 Listen to Anne Bean talking with Simon Tyszko on Resonance FM. The discussion was recorded as a “walking conversation” around her latest exhibition project, Anne Bean: How Things Used to Be Now, held by England & Co in the Southeran Building, London W1. 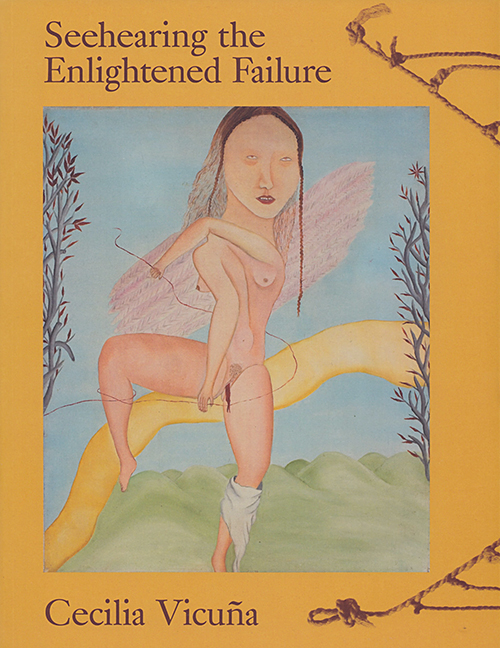 Vicuña exhibition at Witte de With

Cecilia Vicuña’s retrospective exhibition at Witte de With Center for Contemporary Art in Rotterdam brings together more than a hundred works by this poet, visual artist, and activist. Dawn Adès’ wonderful essay on Vicuña’s early paintings – first published by England & Co in the publication/catalogue for Cecilia Vicuña’s exhibition at England & Co in 2013 – has been re-published in the excellent publication accompanying the exhibiiton edited by the curator Miguel López. 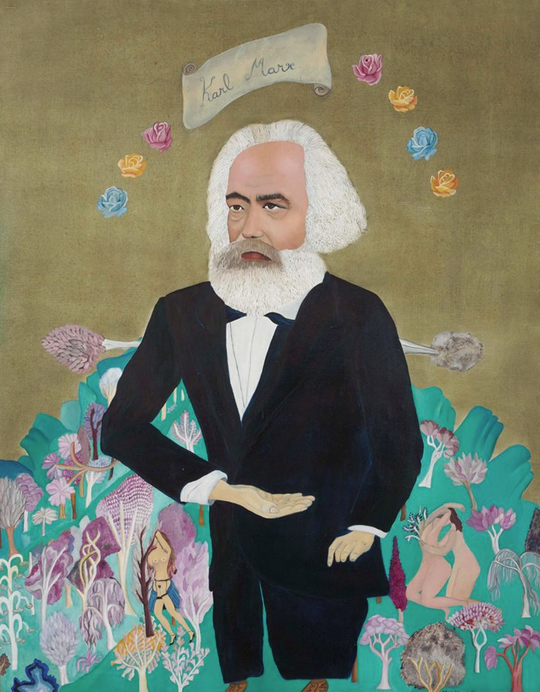 Karl Marx at the Guggenheim

The exhibition Artistic License: Six Takes on the Guggenheim Collection at the Solomon R Guggenheim Museum in New York, comprises six displays curated by artists from the museum’s collection. In her selection, artist Julie Mehretu has included the painting of Karl Marx by Cecilia Vicuña that was acquired by the museum from England & Co in 2018. 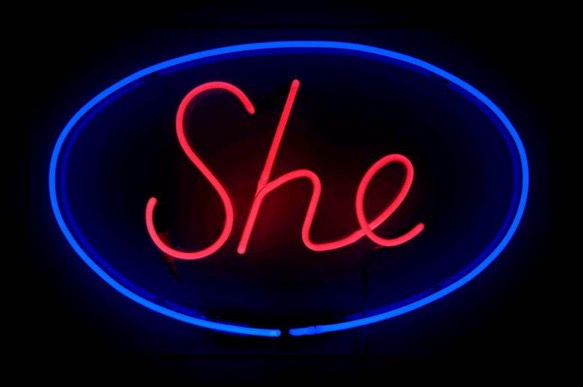 Tina Keane’s SHE acquired for The British Council collection

Tina Keane’s iconic, declamatory neon wall sculpture SHE has been acquired from England & Co for the collection of The British Council. This work was initially conceived in 1977 for Keane’s pioneering, multi-media performance event, SHE, at the Hayward Gallery in 1978, and produced as an edition in 2018 by England & Co with the artist and her original fabricator. Keane’s practice reflects her feminist perspective and explorations of gender roles, sexuality and political concerns. 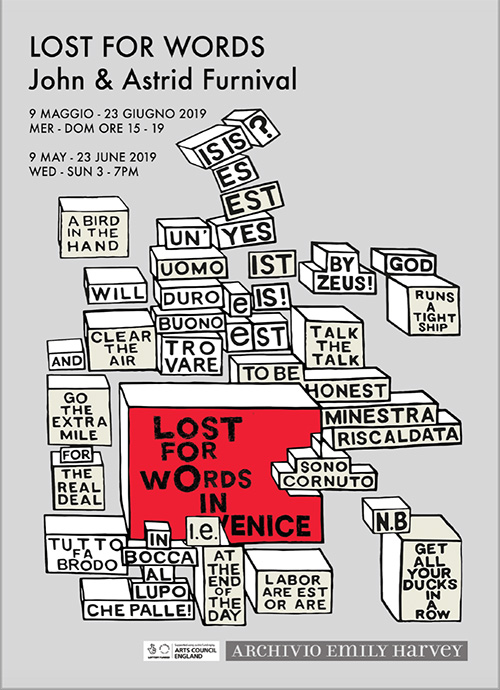 John Furnival is known for his drawings and for being an early exponent of Concrete and Visual Poetry. His wife, Astrid Furnival, is a textile artist known for her conceptual and pop art designs using her own organic dyes.

This exhibition presents works by John spanning over 50 years, with a particular focus on his collaborations with Astrid since the 1970s. Furnival has significant associations with Italy, including twice being artist-in-residence at the Emily Harvey Foundation in Venice, and exhibiting and associating with members of the Fluxus Group in Italy (organized in Verona by Francesco Conz). 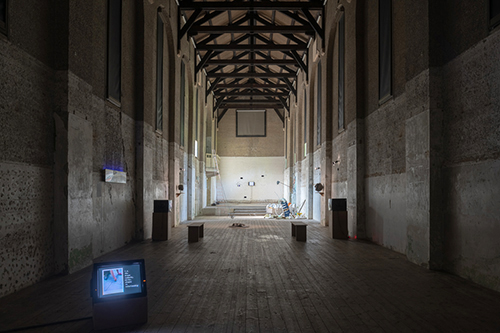 From the Kitchen Table, in Southwark

Tina Keane is one of the many artists included in From the Kitchen Table: Drew Gallery Projects 1984-90. The exhibition at Southwark Park Galleries (across both the Lake and Dilston Galleries) celebrates the projects of Australian curator Sandra Drew who staged a series of ground-breaking exhibitions in locations in and around Canterbury in the 1980s.
Installation photo: Damian Griffiths, courtesy Southwark Park Galleries. 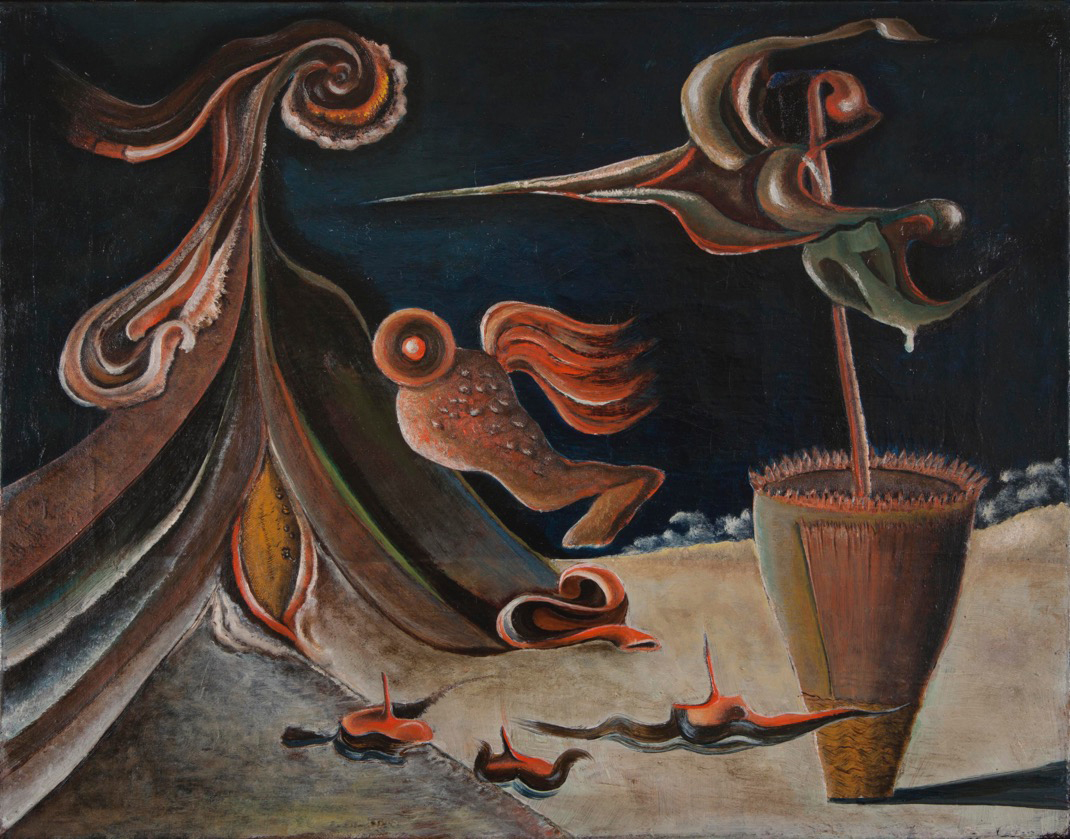 René Halkett: From Bauhaus to Cornwall

On the 100th anniversary of the formation of the Bauhaus, Falmouth Art Gallery presents the work of Bauhaus student, German-born René Halkett (1900-1983). Hackett studied under Klee and Kandinsky and in 1923 joined the Stagecraft Workshop of the Staatliches Bauhaus Weimar. Escaping the rise of fascism in the Thirties, Halkett sought exile in Britain, emigrating in 1936. He later settled in Cornwall, from where he broadcast for the BBC, while continuing to produce paintings, drawings and sculpture. His book Dear Monster was published in 1939.

The exhibition René Halkett: From Bauhaus to Cornwall is curated by Marcus Williamson with works from private collections in the UK and Germany. England & Co have loaned two Surrealist paintings from the late 1930s to the exhibition, the first time these works had been exhibited since they were included in Halkett’s exhibition at Jack Bilbo’s The Modern Art Gallery in the 1940s. 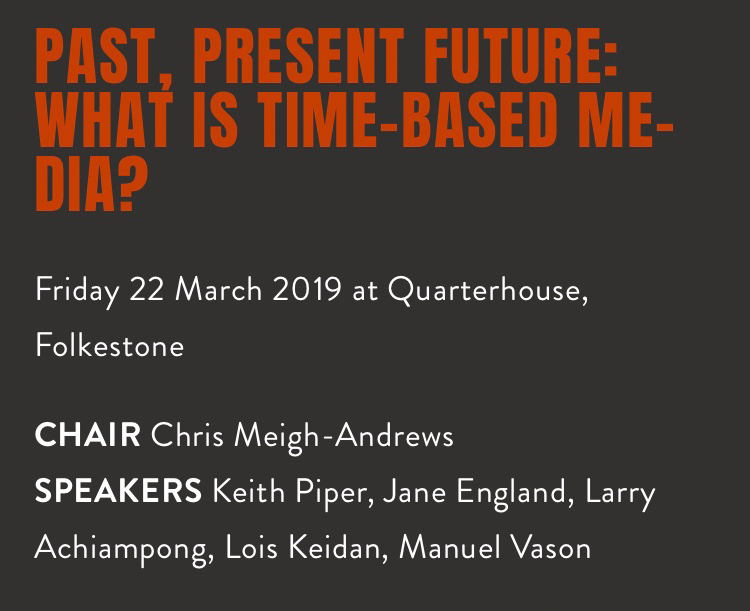 Gallery director Jane England will be one of the speakers at the Strangelove Time-based Media Festival‘s symposium this Friday (22 March). Entitled ‘Past, Present, Future: What Is Time-Based Media?’, it will be chaired by Chris Meigh-Andrews, and speakers will include Keith Piper, Larry Achiampong, Lois Keidan and Manuel Vason. England & Co arranged for screenings of works by Anne Bean, Tina Keane and Lynn MacRitchie. 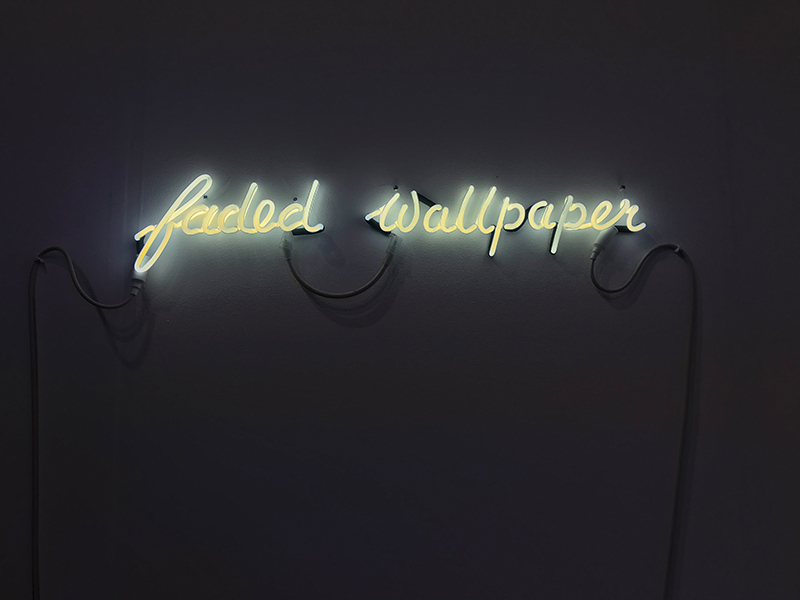 The neon sculpture Faded Wallpaper by Tina Keane has been acquired by the Government Art Collection following England & Co’s presentation of the artist’s work at Frieze London 2018. 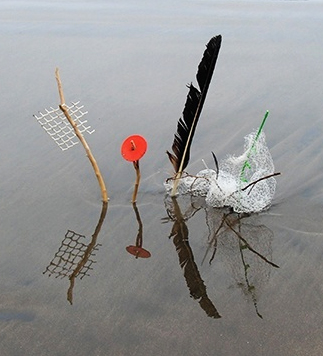 Cecilia Vicuña: About to Happen – in Pennsylvania

Until 31 March 2019
Institute of Contemporary Art, University of Pennsylvania, USA
Cecilia Vicuña‘s major solo exhibition, About to Happen, has now arrived in Pennsylvania after being seen in New Orleans and Berkeley. This multidisciplinary presentation offers insight into the evolution of her practice through a range of works, including sculpture, video, text, performance and site-specific installations, drawn from the past four decades of her career. The range of works “illuminates how Vicuña’s approach blends overlapping discourses of conceptual art, land art, poetry, and feminist art practices.”
< 1 2 3 4 5 »